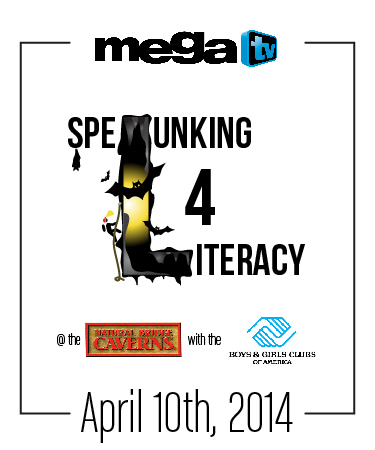 As an official sponsor, Mega TV is making it possible for thousands of Texas children to receive NEW BILINGUAL BOOKS! Avian Kingdom is launching their fourth children’s book in both Spanish and English on April 10th at the Natural Bridge Caverns. Over 2,400 copies of the bat-themed book, titled Neither Night nor Day, will be given away to children at local Boys & Girls Clubs of America and Galindo Elementary.